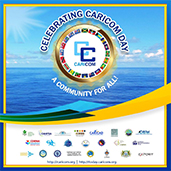 Allen Chastanet, Mia Mottley, John Briceño and Dr Keith Rowley as well as President Irfaan Ali have emerged within the last couple of hours. Moïse, 53, was shot and killed by unidentified assailants at his private residence in Port-au-Prince. 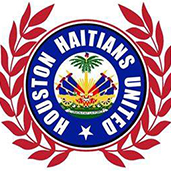 For many in Houston’s Haitian community, the news arrived the same way Wednesday morning. First one text message, and then a steady stream, from family and friends. President Jovenel Moïse had been assassinated overnight, and his wife, first lady Martine Moïse, had been shot as well.

“Unfortunately, Haiti has experienced a longevity of political violence, and in addition to that democracy has never fully taken root, but any life lost is a tragedy and to hear about President Moïse and his wife is very devastating,” --- Shirley Laneaut, president, Houston Haitians United.

The Caribbean American Heritage Foundation of Texas (CAHFT) celebrate its Tenth (10th) Annual Back-To-School Drive, benefiting underserved, economically disadvantaged students in the Caribbean and in particular, the island-nation of Saint Lucia. Our partner in the first years of the School Drive in Saint Lucia was the then Soufriere Public Library Librarian Ms. Catherine Prospere (retired, 2018); she and her staff have held annual hand-over ceremonies at the Library, insuring that the students received our donation of school supplies.

Our Annual Back-To-School drive supports the United Nations Sustainable Goal 4: Quality Education - "Obtaining a quality education is the foundation to improving people's lives and sustainable development. Major progress has been made towards increasing access to education at all levels and increasing enrolment rates in schools particularly for women and girls."  Over the last 4 years alone, CAHFT donated a combined total of over 10,000 school supplies items including notebooks, backpacks, pens, pencils and erasers to assist students in school both in Saint Lucia and in the Caribbean islands.

As we embark on our Ninth Annual Back-To-School Drive, it is our hope to raise funding to double our efforts: we endeavor to send over 20,000 school supplies items to the Caribbean for the 2018-2019 school year. But we need your help. Will you consider donating to our Eighth Annual Back-To-School campaign? A donation of as little as $25 can purchase up to 50 composition notebooks.

Click Here to donate to our 10th Annual Back-To-School Drive.